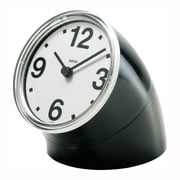 Pio Manzù visited the University of Design in Ulm. The young designer made his name with his designs for the car industry. That is how he designed one of the most successful cars in Italy’s history: The Fiat 127. Furthermore he developed numerous further prototypes with innovative ideas and technologies.

The car design brought great recognition to Pio Manzù as well as numerous awards. 1962 he won the desired Année Automobile Award with his prototype for the Pininfarina company among others. Pio Manzù designed the Cronotime Table Alarm Clock for Alessi and the Parentesi Ceiling Light for Flos on the field of product design.