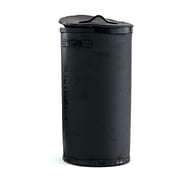 The designer Paola Navone was born in Turin (Italy) in 1950. She completed her studies of architecture in Florence in 1973 and began working with Alessandro Mendini and Ettore Sottsass at the legendary "Studio Alchimia" in 1974. The Italian designer is considered a modern nomad and commutes between the continents, has her field of activity in Hong Kong as well as in Morocco and Malaysia and still occasionally stays in Italy and here especially in Milan. Since 1998 Paola Navone has been creative director of the Italian furniture manufacturer "Gervasoni".

Paola Navone works with renowned manufacturers in the design furniture scene, including Driade, Knoll, Alessi, Casamilano and Molteni & C., to name but a few. Her style is characterised by impressions from various countries, which is expressed in the form of extravagant patterns and a special mix of opulent and reserved elements. For their creative foresight, the Architektur & Wohnen editorial team chose Paola Navone as A&W Designer of the Year 2000.