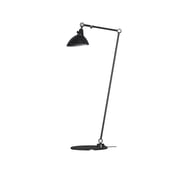 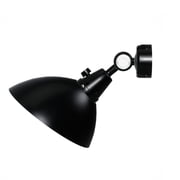 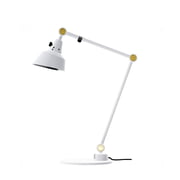 Inventor of the controllable light

The German lighting manufacturer Midgard was founded in 1919 in Auma, Thuringia, by the industrial designer and engineer Curt Fischer (1890-1956). The company is famous for having produced the first alignable articulated lamp, designed by Fischer himself, which inspired a whole generation of multifunctional work lamps. Good, glare-free and movable lighting becomes a topic for rational industrial production and drives the inventor and lateral entrant Curt Fischer.

From the outset, the label specialised in work lamps whose light cones were freely adjustable. With his completely new luminaires in terms of functionality, quality and design, he convinced Walter Gropius, among others, who used the Midgard luminaires both privately and in the Bauhaus. Among other things, the metal workshops of the Dessau Bauhaus were furnished with its lamps.

"We later envied the inventors of the arm of the 'Midgard' lamp. Our lamp was also adjustable, but not so elegant. " Marianne Brandt, Bauhaus

In 2015, David Einsiedler and Joke Rasch took over the rights to the three classic Midgard light series and relocated production to Hamburg. All Midgard lamps are manufactured in Germany using original tools and machines and assembled by hand in Hamburg.