Royal Copenhagen was founded in 1775 by the Danish Queen Maria Juliana. As one of the oldest porcelain manufacturers in the world, Royal Copenhagen has always stood for the highest quality and timeless design. 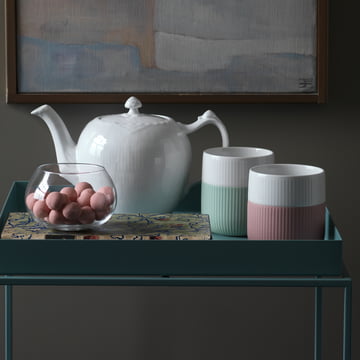 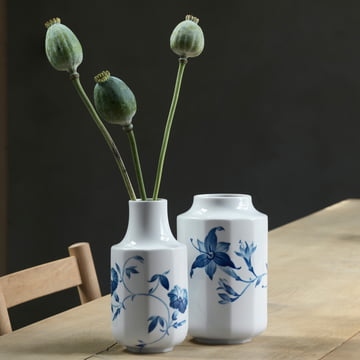 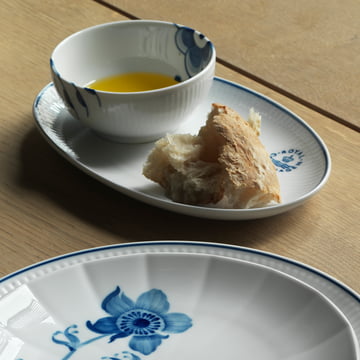 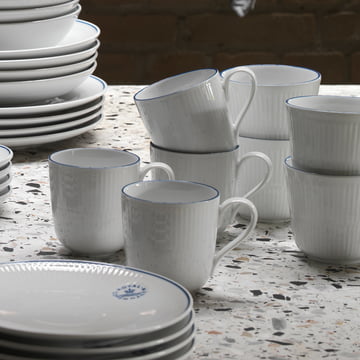 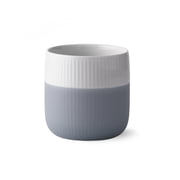 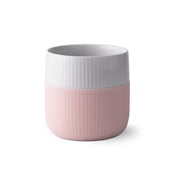 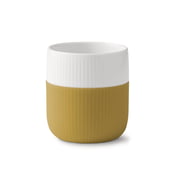 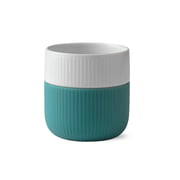 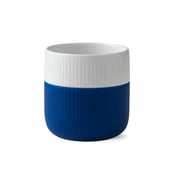 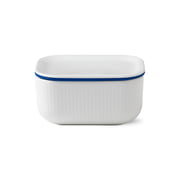 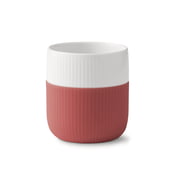 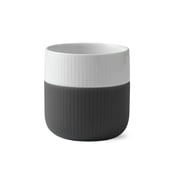 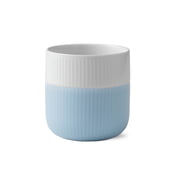 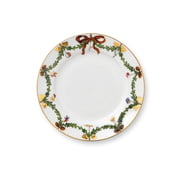 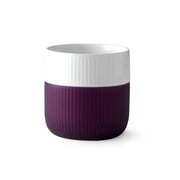 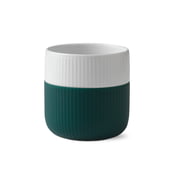 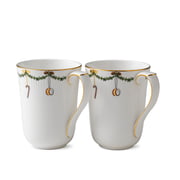 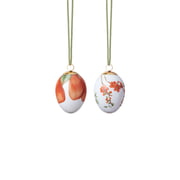 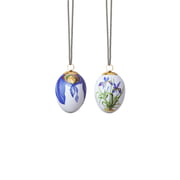 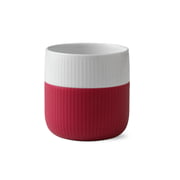 Discover all collections and series from Royal Copenhagen 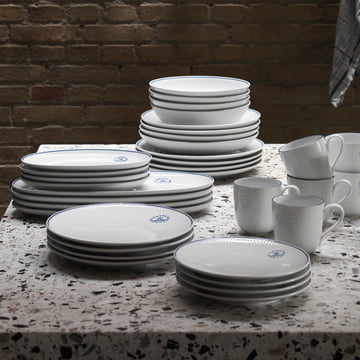 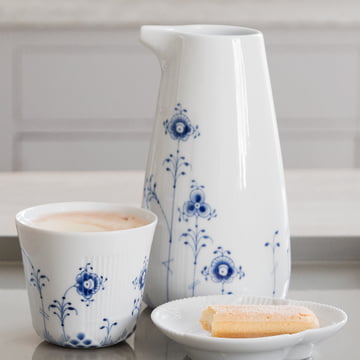 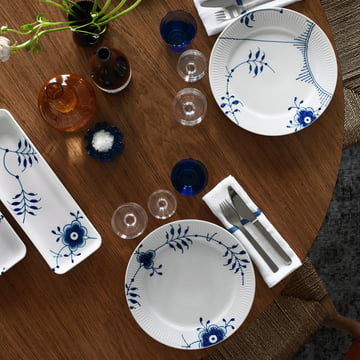 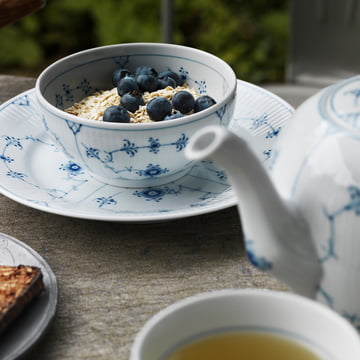 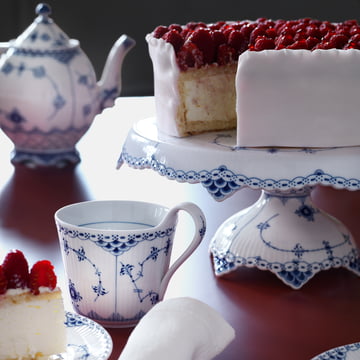 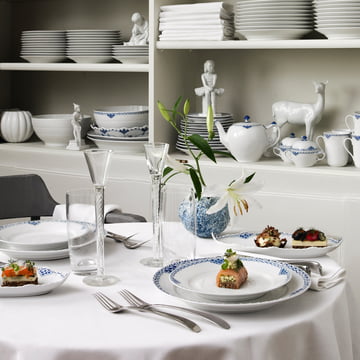 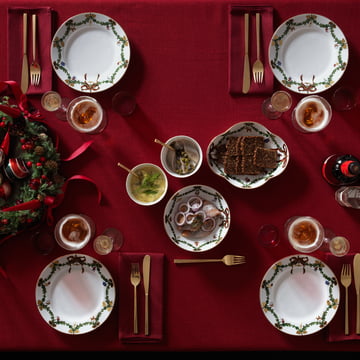 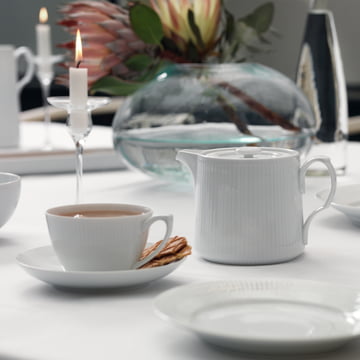 Royal Copenhagen was founded in 1775 under the patronage of the Danish Queen Maria Juliana and was known in its day as the Royal Danish Porcelain Manufactory. The queen had a great fondness for porcelain and wanted to ensure the excellent quality of the products herself by founding her own manufactory. As one of the oldest porcelain manufacturers in the world, Royal Copenhagen has always stood for the highest quality and timeless design.

The porcelain is manufactured according to the highest standards of craftsmanship and painted by hand. The porcelain goes through 30 pairs of hands until it is ready and is formed, fired, glazed, painted and packaged in elaborate steps. This ensures a consistently high quality of the traditional products.

The probably most famous and oldest design of Royal Copenhagen is the Musselmalet decor with filigree decorations in the typical cobalt blue. It was designed as early as 1770 and went into production five years later when the company was founded. To this day, the series has enjoyed great popularity and has become a model for many of Royal Copenhagen's subsequent designs.

Real porcelain from Royal Copenhagen can be recognized by its stamp: Every piece of porcelain that leaves the manufactory is decorated with the three typical waves, the royal crown and the painter's mark. The stamp guarantees the authenticity of the porcelain and is at the same time a symbol of the connection to the Danish royal family.