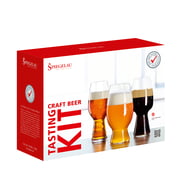 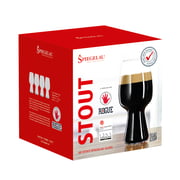 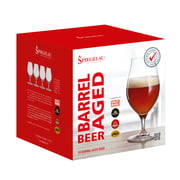 Beer, just like wine, deserves to have a custom designed glass for each variety. Special beers require specially matched glasses, so that the flavour and aroma can optimally unfold and every sip becomes a real pleasure. It supports the trend of ever more exceptional IPA (Indian pale ale) and craft beers and brings a variety of new flavours and enjoy preferences on the market.

Spiegelau Glas, together with an expert team of brewers and specialists of the beer industry have developed glass forms, which do justice to the refined taste profiles of the craft beer varieties Indian pale ale, American wheat beer (witbier), stout and barrel aged beer. The glass shapes specially designed for the beer bring out the flavour and the texture of each beer perfectly and make the drinking of beer a culinary highlight.

The Craft Beer Glass Series from Spiegelau won the Dot Award and IDEA Red Gold Award in 2015, for their functional and innovative design.