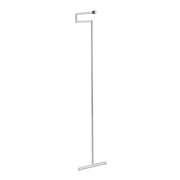 Beat Glässer was born in Zurich in 1969. Between 1985 and 1990 he worked as carpenter in different workshops. In the year 1996 he graduated in Architecture at the ETH. From 1996 to 1998 he added experience to his career with an apprenticeship as metal constructor.

Beat Glässer works at design solutions for single people and larger businesses. His first furniture collection came to the market in 1999. Moreover he is co-owner of a metal workout company since 2003.

His philosophy explains: „The idea matters, but not only: as important is its realization. My architectural background and the close connection of design and craft – which is one of my main foci as furniture designer – help me conceptualize unconventional furniture. If, in addition to this, the individual strengths and points of view of the designers are part of the designing process, a circular movement between design and craft is created, leading from the idea to the perfect piece of furniture!“