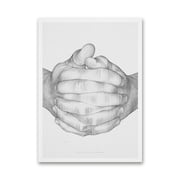 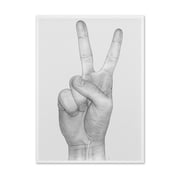 Börge Bredenbekk is a Norwegian illustrator (*1975). Bredenbekk studied Visual Communication focussing on Illustration and Graphic Design at the Kent Institute for Arts and Design in England. After his graduation, Bredenbekk worked as creative at the design agency Melvær & Lien in Stavanger, before he worked for many years as creative director and designer for Velvet GmbH in Switzerland and the USA for different customers like Stimorol, Films Laax, Santa Cruz, Völki Skis and Paiste Cymbals including the conception and realization of different design campaigns.

Bredenbekk works as freelance illustrator in Oslo as a member of the team of designers brenneriveien.no and ByHand.

Börge connects handicraft knowhow with a trained eye for storytelling and graphic expression in his illustrations. Thereby Bredenbekk doesn’t limit his creations to one only style. His works include typographic patterns, portraits and detailed landscape prints.