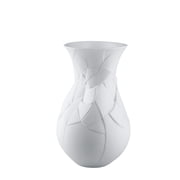 Dror Benshetrit worked in his own studio, called Studio Dror, which he founded in 2002.

Dror Benshetrit collected his experiences as a designer at the Design Academy in Eindhoven and at the Center for Art Education in the Museum of Art in Tel Aviv (Israel). There he got his unique design style which can be found in every of his projects.
Dror Benshetrit is by now a part of the Design-Agency Culture & Commerce and joins with that a top class team, in which are also Pilippe Starck and Marcel Wanders.

Dror Benshetrit attracted the attention of big medias like the New York Times, New York Times Style Magazine, Newsweek, The Washington Post, ELLE, Wallpaper and others. His product "The Vase of Phases" is a part of the collection of the state museum for Applied Art in Munich and in the Eretz Israel Museum in Tel Aviv. He designed the Try it Trivet for Alessi.