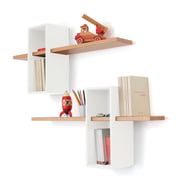 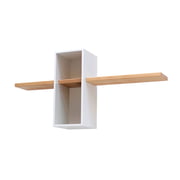 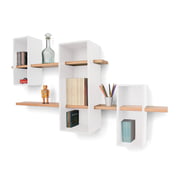 Olivier Chabaud is one of these absolutely passionate people who never saw any other option than following their vocation. Building houses, furniture design: this really enthuses the Frenchman.

After his graduation from the Parisian ENSCI (École nationale supérieure de création industrielle), Chabaud established his own agency in 2008. Meanwhile, he runs two offices, one southwest of Paris in Clamart and the other one in Bordeaux on the Atlantic coast. Clear lines and the emphasis on free space are the fundamentals which can be found in both the architecture and products of the Frenchman. However, all objects inherent a warm and sensitive style.

Jean-François Bellemère, designer and friend for many years of Chabaud says: "What makes him exceptional is that he asks all kinds of questions. Even those questions, nobody else could think of, to reach his goals." Part of Olivier Chabaud's success is that everything is based on trust and absolute transparency for his customers.