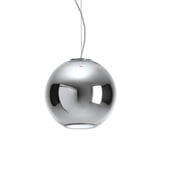 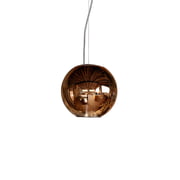 Roberto Menghi was born in Milan in 1920. He graduated at the Milan Polytechnic in 1944. Menghi fought in the Second World War, but interned in a concentration camp after he defied Italy.

After he was freed, Menghi founded a planning office in his city of birth, which concentrates on interior furnishing as well as on industrial design. His following works were honoured with the Gran Premio in Glass and Design twice and with the Compasso d’Oro. He designed the lamps collection Globo di Luce for FontanaArte in 1968, which is still produced,

Roberto Menghi also renovated buildings of special artistic interest, such as the Palazzo dei Guireconsulti in Milan. He taught architecture at the Universities of Venice and Milan and also Design at the Nuova Academia di Belle Arti in Milan and at the Bath Academy. Menghi passed by in 2006.