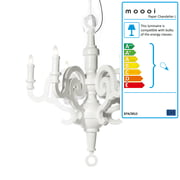 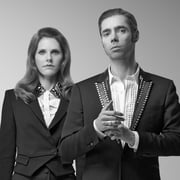 Job Smeets and Nynke Tynagel founded the design studio Studio Job in 2000. In the years after graduating from the Dutch school of design in Eindhoven, they have become cultural pioneers with their studio and still revolutionize the general ideas of the different areas of art and design.

The designers Nynke and Job strive for the “Gesamtkunstwerk” , which is often poorly translated with aesthetics, but rather means ‘synsthesis of the arts’ - meaning the merging of various craft disciplines, from simple carpentry work to high art. Studio Job often reference the German composer Richard Wagner’s aesthetic ideals in their practice as they seek and move toward the clearest and most profound expression of the stories and mythologies with which they engage and bring to life.

Studio Job’s work is in the true spirit of the Renaissance where techniques are interchanged and were disciplines are disregarded towards creation of the new. Geographic or conceptual boundaries are as unimportant as aesthetic ideas. Everything comes together in a creative space in which new things arise that never existed before. Traditional craftsmen such as carpenters or upholsterers, industrial designers but also painters or sculptors, are working with the most modern equipment and are allowed to let their imagination run free for the studio. Studio Job is free in its work, is not bound to materials or manufacturing processes, and can leave enough space for the idea. This way the objects by Studio Job form a bridge.

The designer duo even calls their design neo gothic and like to compare it with a Symphony Orchestra. Since, similar to an orchestra every smallest detail is a decisive factor that the overall experience will be perfect.