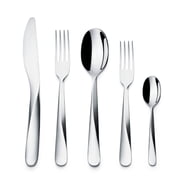 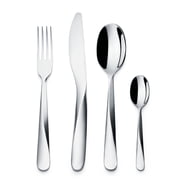 UNStudio is a worldwide active architecture office headquartered in Amsterdam. In 1988, Ben van Berkel and Caroline Bos founded the United Network Studio, in short UNStudio. The name refers to the large network of professionals who work with the architectural firm. The first studio was opened in Shanghai in 2009, a third office followed in Hong Kong in 2014. In addition to the architecture, the focus is on urban development, infrastructure and also product design - for Alessi UnStudio designed the Giro cutlery.

UnStudio realized already over 100 projects in Europe, Asia and North America. The architects are striving constantly to grow, to become specialists and to make a major contribution in the architecture industry. Whether an iirport, concert hall, skyscrapers or whole areas - UnStudio designs with highest efficiency and precision.