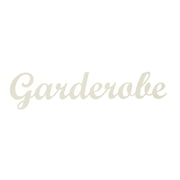 Vincenz Warnke, born in 1970 in Munster, graduated in design at the University of Applied Arts in 1999 in Hamburg.

He is a co-founder of the design labels Pension für Design 2001 and Pension für Produkte 2002 in Hamburg. Furthermore he is professor for design at the Burg Giebichenstein University for Arts and Design in Halle and curator of the design award Halle 2007.

Besides numerous expositions where he was and still is, he received different awards, among others the 1st price of the Nachlux competition for innovative lamps design in 1997 in Cologne, with his BookLight, in 2000 the IF-Design Award in Hanover for the shelving system Klemm and in 2004 the Dedalus Award for European Design in Bra, Italy.