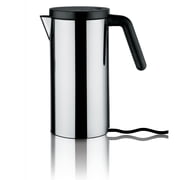 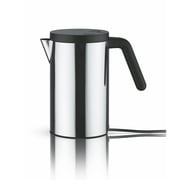 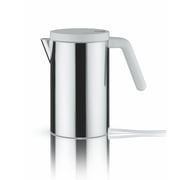 The Dutch architect Wiel Arets born 1955 in Herleen, graduated at the Technical University of Einhoven in 1983.

One year later, 1984, he founded Wiel Arets Architect & Associates in Heerlen. 1996 the office moved to Maastricht.

Besides his works as an architectdoes he also worked with product design and designed for example the electric boiler Hot.it for Alessi.

He also worked as teacher: Between 1986 and 1989 he taught at the Architectural Academies of Amsterdam and Rotterdam, from 1988 to 1992 at the Architectural Association in London, between 1991 and 1994 he was Visiting Professor at the Columbia University and the Cooper Union in New York, at the Berlage Institute in Amsterdam, at the Hochschule für Angewandte Kunst in Wien and at the Royal Danish Academy of Fine Arts in Copenhagen. In the years from 1995 to October 2002, Wiel Arets was a decane of the Berlage Institute of Rotterdam and he is still active at the Technical University in Delft and director of the Berlage Institute PhD program.