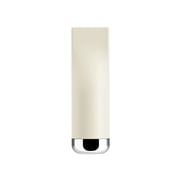 Busetti Garuti Redaelli is an Italian designer trio, consisting of Manuela Busetti, Andrea Garuti and Mattei Redaelli. The first years it was initially only Busetti and Garuti. The two met in Milan while studying Industrial Design. Since 2004, they cooperate with several design studios in Milan and work as freelancers for international competitions and various manufacturers. In 2007, Busetti and Garuti collaborated with a Milan design studio, where they met Matteo Redaelli. Together, they formed a trio of designers. Redaelli studied industrial design as well.

In 2008, Busetti, Garuti and Redaelli started to implement projects together and designed bath and kitchen items and furniture, for which they have been awarded several times. The aim of the designers is to develop simple, technical solutions, and to create innovative products. Among other products, they designed the Pizzico salt shaker for Alessi.