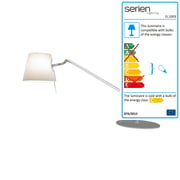 Jakob Timpe was born in Würzburg in 1967. He studied architecture at the Technical University Berlin and Darmstadt, where he received his graduation in 1994 as diploma architect. His special field is the design of interior and exterior rooms, lamps and furniture.

After his studies Timpe worked in Leiptig, Munich, Cologne and Barcelona in different architecture offices and taught from 1999 to 2004 as scientific employee of the TU Darmstadt. In the year 2006 Timpe was a fellow at the German academy Rom Villa Massimo, the most important honour for German artists abroad. He founded his own office js+o studio in Berlin in 2006.

Famous institutions such as the Goethe Institute and the European commission as well as namely companies such as Serien.Lightning and Magis count to his customers.