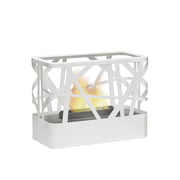 The fact that the father of Michael Koenig had a handicraft profession influenced him in already in the early years. Koenig got very young in touch with different materials and discovered his passion for creating, modelling and experimenting.

Since 1999 Koenig focussed more on huge internal manufacturers which brought him to Habitat and Ligne Roset. After a presentation on the Salone Satellite fair in Milan in 2001, the things grew and grew for Michael Koenig. In the same year, he moved to Hamburg/ Germany and founded his own studio where he designs very successful furniture, accessories and objects.