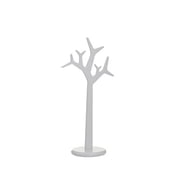 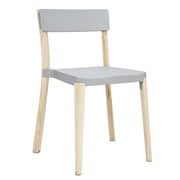 Michael Young was born in Sutherland, England in 1966. Still during his studies for furniture and product design at the Kingston University in London, he worked in the Tom Dixon workshop in 1992.

Young made himself a name in the experts’ world already with his first designs. His first great exposition successes he celebrated stating in 1994 in Germany, Paris, Tokyo and Kyoto. In the same year he founded his own studio in London, moving to Reykjavik with the office afterwards.

Some of Young’s customers are renowned manufacturers such as Cappellini, Philipps, Artemide, Magis or Eurolounge. Young is the creator of uncountable designs starting with a dog’s house for Magis, lamps, Mp3-players and accessories up to garden furniture – all of them on display in many namely museums all over the world.

Then and still today, Michael Young treats his works with a lot of humour, his style thereby is ceased and the lines became finer. His extremely successful Sticklight is a good example for his approach – designed for Eurolounge in 1999.