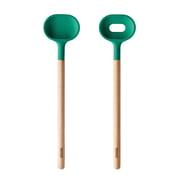 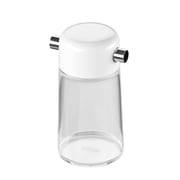 I‘m interested in things which are simple, yet have character. I don‘t think items in the home should necessarily be fun or playful as such, ideally they should be intelligent and engaging and should, on occasion, make you smile.

Nicol Boyd was born in 1976 in Glasgow, Scotland. He completed his education in design at the Glasgow School of Art.
After graduation in 1999, he moved to Italy, where he worked for Alessi. During this time, he designed products under well-known designers such as Alessandro Mendini and Michael Graves and gained his first practical experience.

Finally, he went back to London to complete his studies in design in 2004. In the following years, he worked in numerous cities for large companies, such as Design Apartment for Nokia in London.
In 2007, he founded the Office of Product Design in Hong Kong together with Tomas Rosén.

The choice of materials is subject to several factors, which we carefully try to reconcile with each other.

Thomas Rosén was born in 1975 in Stockholm, Sweden. Rosén studied philosophy at Stockholm University before completing his master's degree in mechanical engineering at the Linköping University. Various scholarships led him to a postgraduate course in design at the Royal College of Art in London, which he successfully completed in 2004.
Rosén worked on various design projects i.a. for Volvo and Scania, before joining the Nokia Design Apartment in London in 2005.

Rosén and Boyd designed products for "Kitchen by Thomas" for Rosenthal, which received the Red Dot Design Award in 2015.