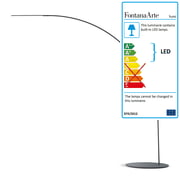 Shigeru Ban was born in Tokyo in 1957 and is one of the most famous contemporary architects. He knows how to realize the traditional Japanese design and architecture with ideas of the Western culture.

Ban studied in Tokyo, California and in New York being trained by John Hejduk. His product designs as also his architecture designs are inspired by modernist shapes and natural colours.

Total curiosity and commitment, endless innovation, an unfailing eye and a fine sensitivity were the reasons why he was awarded the Pritzker Prize, according to the jury. He was awarded the "Nobel Prize of architecture" in 2014.

His works were presented on the Expo 2000 in Germany in Hanover: He successfully realized his ideas on wood and cardboard together with Otto Frei and BuroHappold. Further well-known projects of the multiple award-winning architect and designer are the Centre Pompidou in Metz, the cardboard Cathedral in Christchurch, New Zealand, the seat of the Swiss watch group Swatch in Tokyo and the Catholic Church Takatori in Kobe / Japan, to name only a few of his worldwide projects.