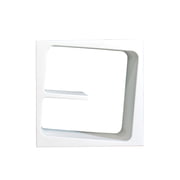 Stefan Bench was born in the year 1978 in England. In 2000 he graduated in Contemporary Furnishing and Product Design at the University Buckinghamshire.

Until 2007, he worked as a designer in the studios of numerous architects, interior architects and furniture manufacturers from the United Kingdom. Since he works as a Freelance-Designer, he was part of an extensive range of projects that include interior designs and expositions as well as the manufacturing of series-furniture and furniture on demand.

Stefan Bench attaches the highest importance to clear forms and the attention to details, but he never works for functional disadvantages or the simple search after style.