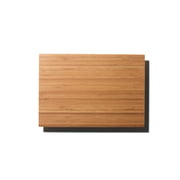 Ulla Christiansson always advises fresh talents to think twice about immediately launching a career as producers and distributors of their own designs. “I’ ve learned that a designer should never sell his own design,” she says, “It’ s too close.” Ulla Christiansson has earned the right to say so. First as an interior designer and then a product designer specializing in furniture and tableware, she has been working in the design fields since 1965. She notes, too, that in this span she has nurtured her interest and reputation for timeless design. Indeed, her chairs Babar and Pastillo, as well as the tableware collection Loop, are part of the Swedish National Museum’ s permanent collection, while Design House Stockholm has been selling Globe continuously for 12 years. After her decision of working as fashion designer or gold smith, Ulla graduated in interior architecture and furniture design at the Konstfack- the University College of Arts, Crafts and Design in Stockholm.

She leads the company Christiansson Pettersson & Design together with her husband and designs dishes and furniture for numerous companies, as well as interior furnishing for banks, embassies and hotels. The Swedish embassy in Beijing is a great example for her work.

Ulla has been part of the Design House Stockholm-network since the beginning and her work is an exceptional example for the classic Scandinavian modern, or as she said: “objects that were made for people who like to live with them for a long time.”