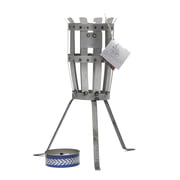 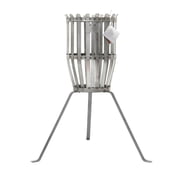 Anders Norgren is a Swedish philosopher, designer and author who was born in 1945 in Jönköping, Sweden. During a stay in a small cottage in Röshults, Småland in Sweden Anders Norgren had an idea which resulted in a fire basket. For Norgren the design of the fire basket had such a strong connection with the stay in the cottage that he named the product the Röshults Fire Basket. Thus he laid the foundation stone for a success story. For later, Norgren’s son founded the company Röshults, which still sells the original fire basket in addition to modern and elegant indoor and outdoor products.