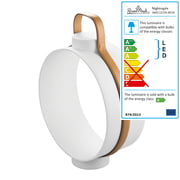 Christophe de la Fontaine was born in Luxembourg in 1976 and graduated there at the Lycee des Arts et Metiers as a sculptor.

He studied Industrial Design with Richard Sapper as his teacher at the Academy of Applied Arts in Stuttgart from 1996 to 2002. After stopping in London, Milan and Munich he led the management of the design department of Patricia Urquiola’s studio from 2003 to 2009.

Besides this work he has always been independent and participated at numerous expositions in design and arts. In 2010 he founded his own design office in Milan. Christophe de la Fontaine also designs for namely manufacturers such as Rosenthal.