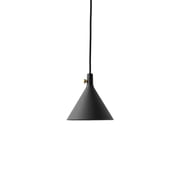 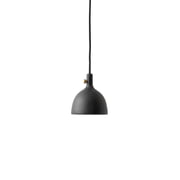 Thomas Chung and Jordan Murphy are two designers from Canada. Both designers stand for honest and functional design. For Menu, they designed the cast pendant luminaires that reflect the industrial style that both embody.

Thomas Chung, also known as Tom Chung, was born in Vancouver and studied & design at Emily Carr University of Art in 2012. During his studies he spent seven months in Stockholm to participate in an exchange program with Carl Malmsten Furniture Studies. Back in Toronto, he became part of Umbra, a product design company. The industrial designer founded his own studio in 2015.
Jordan Murphy learned to design furniture at Sheridan College in Toronto. He specialises in the technical aspects of his designs and aims to inspire thought with his products.